Indonesia, August 3rd, 2022 – The blockchain-based, rogue-lite action RPG Mythic Protocol made its debut at NFT.NYC last June. NFT.NYC was one of the biggest global events for NFT investors, developers, and fans, and their audience was thrilled with Mythic Protocol—indicating that there are demands for Web3 games with a more intricate gameplay than what’s currently the norm in the market. The game was made in collaboration with Agate, one of the biggest game development studios in Southeast Asia with an extensive portfolio of mobile and console games, as well as gamified business solutions. Agate is lending their development expertise to the Mythic Protocol’s team of industry veterans.

Signifying their commitment to support the exploration of Web3 Space, Agate and Mythic Protocol became one of the platinum sponsors of the event—offering both financial support and insights from the game industry regarding Web3, NFTs, and the blockchain technology through a speaking session. Agate along Mythic Protocol also opened a booth to present the playable demo of Mythic Protocol. 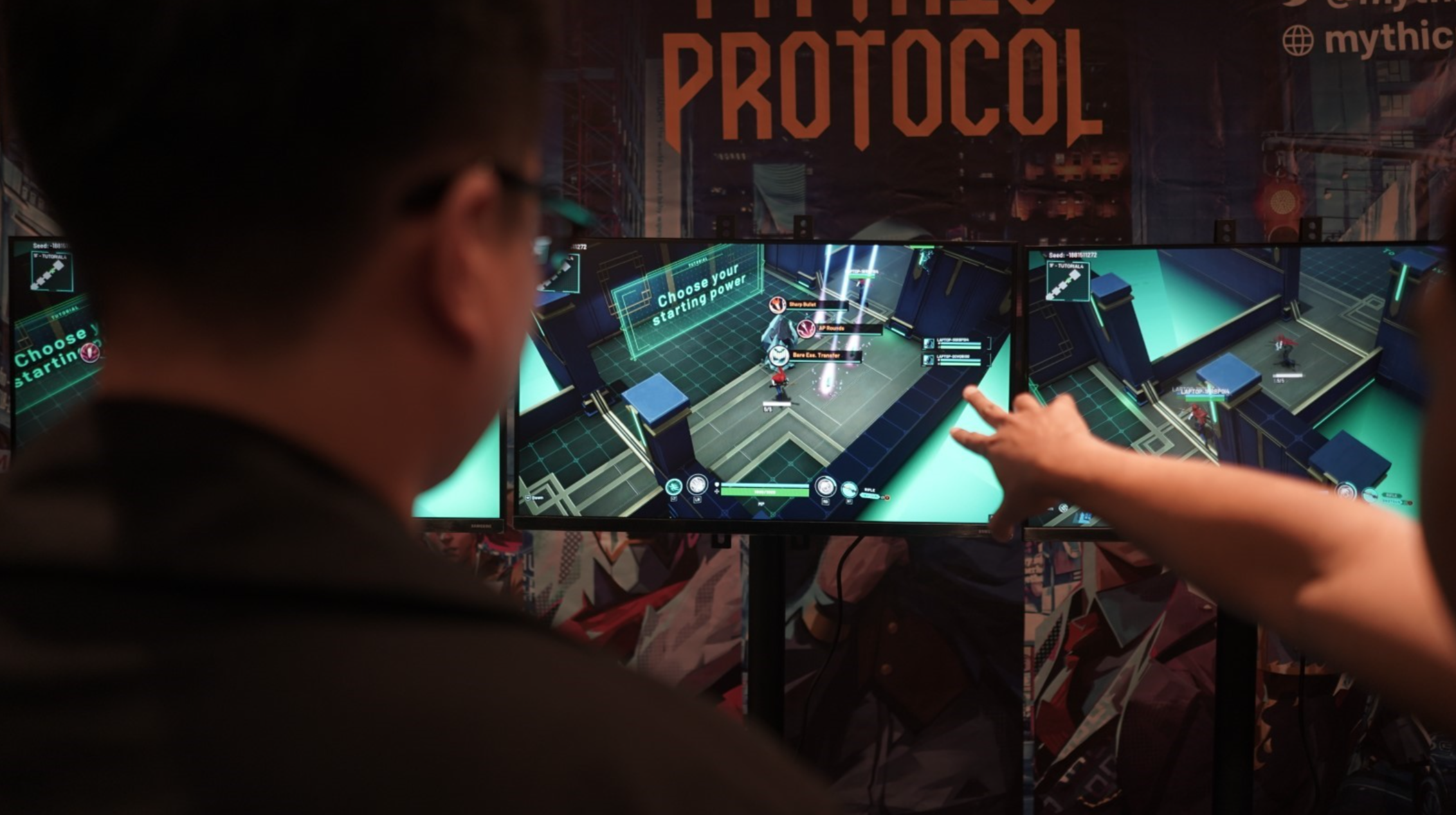 Mythic Protocol is a gameplay-focused franchise that is built to also utilize the blockchain technology. The developers observed a lack of gameplay-focused IP in the Web3 space—where most games are built as a means to earn instead of a game to play. These games sacrifice the elements that made a game challenging to lower the entry barrier, and oftentimes took the joy out of playing. In contrast, Mythic Protocol focused on designing a gameplay that utilize blockchain as a supporting element, rather than building around the blockchain. To do this, the Mythic Protocol team had been working on their prototype since November 2021.

One feature that highlights the blockchain utilization in Mythic Protocol is the evolving NFTs. These NFTs—consisting of characters and weapons—can be enhanced by vanquishing enemies. Every win over the enemies will grant additional traits to these NFTs. Rather than focusing on trading the characters and weapons, Mythic Protocol focuses on how gamers can record their legacy within the assets they play with. This in turn creates value for their assets.

By bringing the playable demo to NFT.NYC, the team was looking to do a market validation study with possible audiences of Mythic Protocol. Despite the short 3-months development time, the game proved to be popular—the fast-paced gameplay and procedurally-generated dungeon kept players coming. Some attendees lined up multiple times just to have another shot at the game. Mythic Protocol was one of the few projects bringing a playable demo to the event, whereas the other booth focused more on the collectible aspect of the NFT.

Startup media company e27.co featured Mythic Protocol in their article “Why the Web3-enabled gaming world still has hope”, citing projects like Mythic Protocol as the proofs that Web3 games have the potential to be more sustainable and enjoyable, instead of fronts for “Ponzi-like” game economies. “Strong game developers will build the next generation of Web3 games”, wrote Looi Qin En of Saison Capital in the article. NFT.NYC provided a chance for Agate to validate the feasibility of Mythic Protocol. The event also allowed Agate as a game developer to build connections with experts of Web3, share a new perspective on NFTs in gaming, and learned more about the emerging technology and culture of Web3. In turn, Agate was honored to show the potential of games as a part of building a sustainable Web3 project—with Mythic Protocol as the example. Even before a full launch, Mythic Protocol already garnered 2000-strong active members in their community. The continuous community-building effort by both Mythic Protocol and Agate aims to foster an ideal environment for a Web3 project—full of collaboration, fun, and engagement.

Agate’s CEO, Shieny Aprilia, shared the following statement regarding her experience at NFT.NYC:
“The conventional Play-to-Earn—with earning as the main driver of new players—is quickly becoming obsolete. Once the earning potential dies out, the players churn. We instead believe in the power of play in the Web3 space, because playing is not an end goal—it’s a continuous process. Our focus is on creating great experiences and ecosystems that the community finds worthwhile to spend their time and effort on. This will enable more layers and variety of activities in the games and metaverse that we design.”