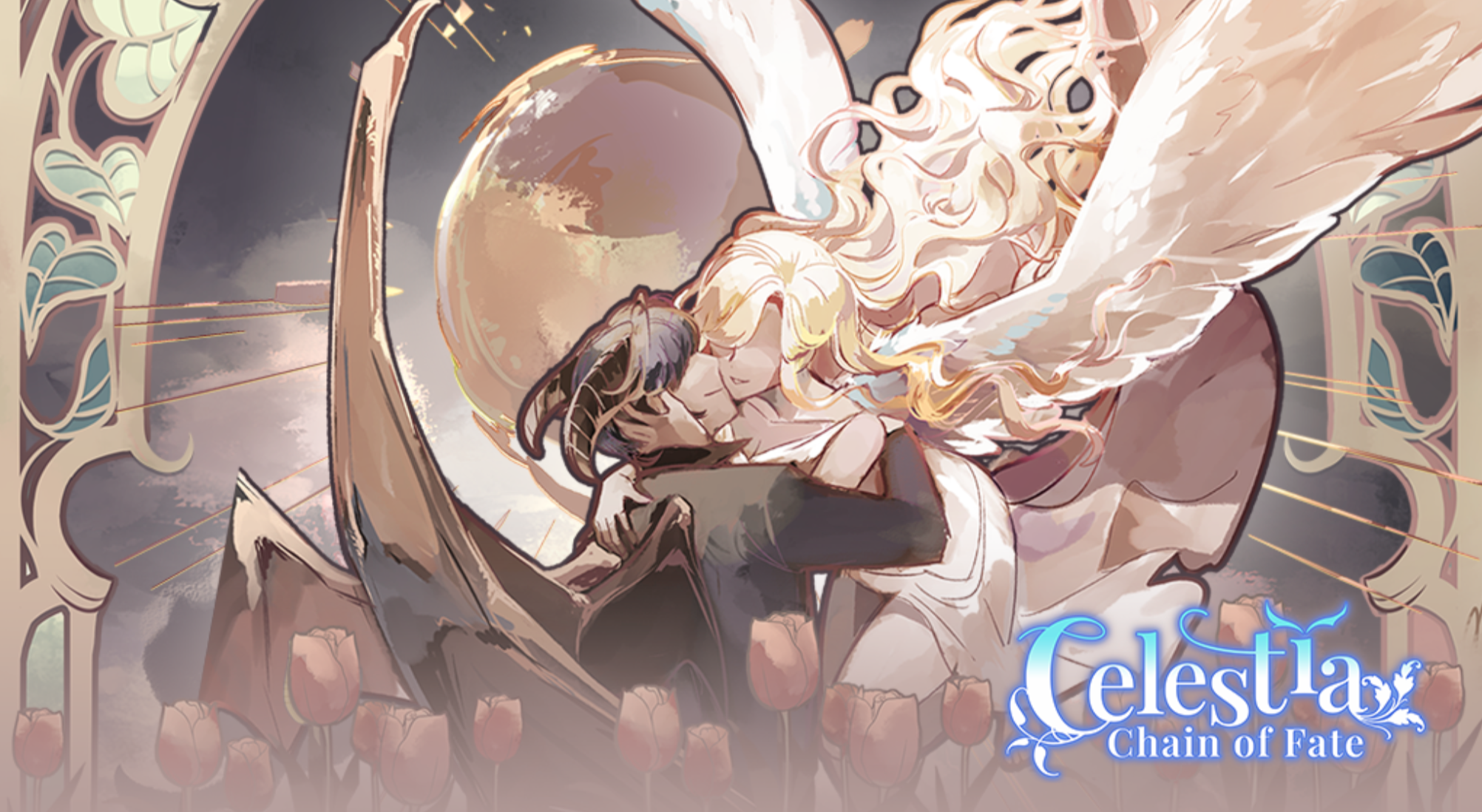 Indonesia, December 20th, 2021 – On December 17th, 2021, Indonesia-based developer Agate will launch a new story for their mobile visual novel platform Memories. Titled Celestia: Chain of Fate, the tale will be the latest addition to the app following the success of Red White Cinderella 3.

Celestia: Chain of Fate puts players in the shoes of a girl whose life turned upside down after a surprising revelation on her birthday. Beyond the normal world she lives in, there lies another realm of magic inhabited by various non-human races. She herself was not a mere human; her mother was an angel who eloped with her dad from the demon world.

The surprises didn’t stop there. The main character received an invitation to Celestia Academy, a renowned academy of magic. At her new school filled to the brim with magical wonders, she will encounter a cast of colorful characters, each bearing their own secrets. But they all have one thing in common: a curiosity towards the girl with both angelic and demonic blood running through her veins.

The main characters of Celestia: Chain of Fate include:

A girl raised by the loving Silverwings family. On her birthday, she learned about the existence of the world of magic and her true lineage. As someone born from a union between an angel and a demon, she received an invitation to Celestia Academy.

Even as she encounters a variety of new people in a completely foreign world to her, she always strives to understand everyone’s perspective, be them human, angel or demon.

A student at the academy, hailing from a family of elite and pure-blooded angels. Despite his family status, there’s nothing pompous about Luke; contrariwise, he loves making friends with anyone. His friendly smile and peaceful gaze can make anyone feel at ease. Yet on rare occasions a more serious expression would come over him, hinting, perhaps, at a secret purpose.

A young man from the Glasian royal family attending the Celestia Academy. As a potential heir to the throne, Ash had to be wary of unsavory characters looking to cause him harm, thus molding him into a thoroughly calculating and independent figure. His hair and eyes bear a glacial blue, furthering his icy image among his peers. Still, there are times when he looks strangely lonely.

A student from the demon race. His endless energy and confidence, as well as his blazing red hair and pair of horns, are bound to turn heads at the academy. Although he can be raucous, he shows a shyer side when with a person he likes.

With gorgeous illustrations and a beautiful original soundtrack, Celestia: Chain of Fate is ready to transport you into a fantasy world full of delights and surprises.